The Grand Sovereign Lodge of Portugal awarded VENEXUS the Rank of Grand Officer of the Bandarra Honorific Order for its humanitarian work for humanity and people, especially Venezuelans and Portuguese who need help the most. The Sovereign created the award “Honorary Order of Bandarra” to mark the exceptional achievements for humanity, to people, institutions or the like, of a non-Masonic character.

Bandarra or Gonçalo Annes Bandarra was a 16th-century Portuguese shoemaker and prophet, author of messianic Thunder stumpers that were later linked to Sebastianism and Portuguese. The return of the Promised era, 5th Empire or was of the Holy Spirit, that is, the Universal Fraternity at the end of time.

As a free thinker, Bandarra was persecuted by the Inquisition, but his vision of a future related to heavenly Jerusalem remained in time.

The Order of Bandarra was created to honor and honor the “non-Masons” who work with the same goals and Masonic vision, in the same initial and spiritual sense. 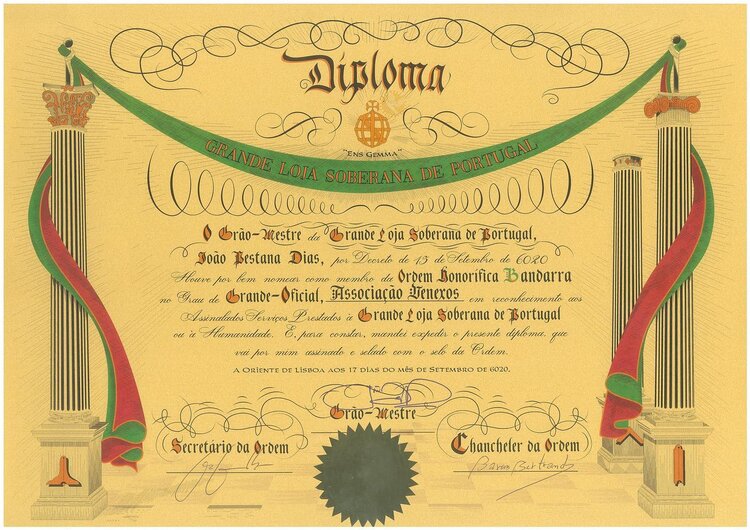